Howard Blumenthal created and produced the PBS television series, Where in the World Is Carmen Sandiego? He is currently a Senior Scholar at The University of Pennsylvania, studying learning and the lives of 21st-century children and teenagers. He travels the world, visiting K-12 schools, lecturing at universities, and interviewing young people for Kids on Earth, a global platform containing nearly 1,000 interview segments from Kentucky, Brazil, Sweden, India, and many other countries. Previously, he was a nationally syndicated newspaper columnist for The New York Times Syndicate, and United Features. He is the author of 24 books and several hundred articles about technology, learning, business, and human progress. As an executive, Howard was the CEO of a public television operation and several television production companies, and a state government official. Previously, he was a Senior Vice President for divisions of two large media companies, Hearst and Bertelsmann, and a consultant or project lead for Energizer, General Electric, American Express, CompuServe, Warner Communications, Merriam-Webster, Atari and other companies. 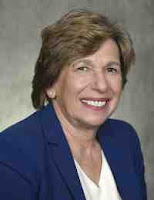 Randi Weingarten is president of the 1.7 million-member American Federation of Teachers, AFL-CIO, which represents teachers; paraprofessionals and school-related personnel; higher education faculty and staff; nurses and other healthcare professionals; local, state and federal government employees; and early childhood educators. The AFT champions fairness; democracy; economic opportunity; and high-quality public education, healthcare and public services for students, their families and communities. The AFT and its members advance these principles through community engagement, organizing, collective bargaining and political activism, and especially through members’ work. 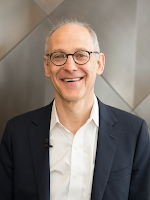 Ezekiel J. Emanuel is the Vice Provost for Global Initiatives, the Diane v.S. Levy and Robert M. Levy University Professor, and Co-Director of the Healthcare Transformation Institute at the University of Pennsylvania. From January 2009 to January 2011, Dr. Emanuel served as a Special Advisor on Health Policy to the Director of the Office of Management and Budget and National Economic Council.  Prior to that he was the founding chair of the Department of Bioethics at the National Institutes of Health from 1997 to August of 2011. Dr. Emanuel received his M.D. from Harvard Medical School and his Ph.D. in political philosophy from Harvard University. He has published over 300 articles mainly on health care reform, research ethics, and end of life care.  He has also authored or edited 15 books. He is working on a book entitled Which Country Has the World’s Best Health Care? Dr. Emanuel is the most widely cited bioethicist in history.< Sonja Brookins Santelises is the CEO of Baltimore City Public Schools. Previously, she served as the vice president for K-12 policy and practice at The Education Trust, providing strategic direction for the organization’s K-12 research, practice, and policy work. Before joining The Education Trust, Sonja was the chief academic officer for Baltimore City Public Schools. Sonja came to Baltimore City Schools from Boston, where she served as assistant superintendent for pilot schools and assistant superintendent for teaching and learning/professional development.

Sonja began her career in education as director of professional development and teacher placement with Teach for America, New York, followed by stints at a year-round school in Brooklyn where she was a founder, teacher, and curriculum specialist. She holds a bachelor of arts from Brown University, a master of arts in education administration from Columbia University, and a doctor of education in administration, planning, and social policy from Harvard.