0
As we continue our critical look at K-12 curriculum, we now explore language learning, or, more specifically, the learning of languages from other countries and cultures. This episode, and the one that follows, was made possible through collaboration with the ACTFL. In particular, we thank Paul Sandrock for his guidance, expertise, and his recommendations for both structure and guests for these two episodes. This week, we concentrate on learning languages in a school setting; next week, we'll focus on language learning as part of global citizenship education. Today, our guests are Fernando Rubio is Director, Second Language Teaching and Research Center Department of World Languages and Cultures at The University of Utah; Gautami Shah, a specialist in Hindi language and culture at The University of Texas in Austin; Rebecca Blouwolff teaches French at Wellesley Public Schools in Massachusetts; Dahlia Aguilar, is the founding principal and Chief School Officer for Mundo Verde, a bilingual school in Washington, DC; Dr. Janine Theiler from Lincoln Public Schools in Nebraska; and Dr. Ali Moeller, Edith S. Greer Distinguished Professor of World Language Education at the University of Nebraska-Lincoln. 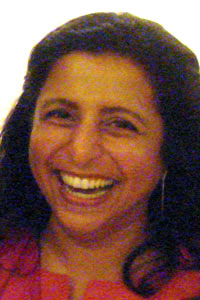 Gautami Shah has established and expanded Hindi programs at Rice, Yale, and Duke Universities and is currently at U.T. Austin. She has been involved in a number of national projects related to less commonly taught languages (lctls), including developing national Standards for Hindi pedagogy. Shah is also actively involved in national advocacy for lctls. She is past president of the National Organization of Less Commonly Taught Languages (NCOLCTL) and the South Asian Language Teachers Association (SALTA) and current executive director of SALTA. Shah’s research interest lie in: Issues of inclusivity, Translanguaging, and language pedagogy; Contemporary South Asian literature and popular culture (specifically Bollywood) with a focus on communal conflicts, gender issues, caste, religion, and immigrant experiences; Program and curriculum development, and innovative use of technology in language teaching. In addition to several material development projects, recognizing that the gendered nature of Hindi verb conjugations lags behind the social and legal realities of the day, Shah is currently working on a linguistically sound “transgender" conjugation of Hindi verbs. Fernando Rubio is Director, Second Language Teaching and Research Center Department of World Languages and Cultures at The University of Utah. He is also the Director, UOnline Curriculum Enhancement and Innovation, Undergraduate Studies at the University. In 2018, he was awarded the American Association of Teachers of Spanish and Portuguese (AATSP) Distinguished Leadership Award. He is the lead author on two textbooks, Tercer milenio: Composición y gramática, and Juntos: Beginning Spanish. Rubio is the current President (2021-2022) of the National Federation of Modern Language Teachers Associations. Rubio is a leading scholar and active academic contributor to language education through the ACTFL and many other endeavors. 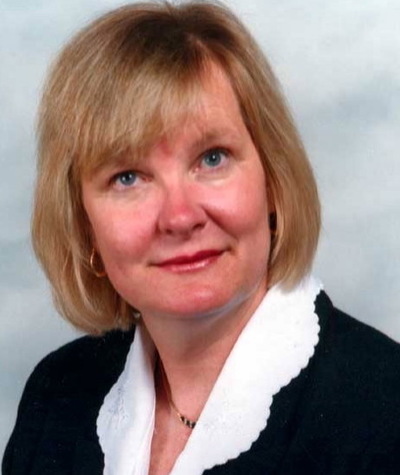 Dr. Ali Moeller is the Edith S. Greer Distinguished Professor of World Language Education at the University of Nebraska-Lincoln. Ali has taught German and served as TA coordinator in the Department of Modern Language and Literatures at the University of Nebraska-Lincoln, taught language in Omaha Public Schools before assuming the position in the Department of Teaching, Learning and Teacher Education at UNL. Her areas of scholarly interests include language acquisition, world language education, language assessment, mixed methods research, and intercultural communicative competence. She has served as president of three major professional language associations (American Council on the Teaching of Foreign Languages (ACTFL), the American Association of Teachers of German (AATG), and the National Federation of Modern Language Teachers Associations (NFMLTA) and served as AP College Board Advisor in German language and culture and as a member of the ETS/AP College Board Test Development Committee. She has published widely in professional journals and is a frequent presenter at national and international conferences. Ali was the recipient of the ACTFL Florence Steiner Award for Leadership in Foreign Language Education Postsecondary (2006) and ACTFL/NYSFLA Anthony Papalia Award for Excellence in Teacher Education (2000). Rebecca Blouwolff: Bonjour à tous! I've been teaching at WMS since 1998. My goal is for every student to be able to communicate in French, both in the classroom and beyond. My own passion for immersion-style teaching dates back to my experience as a French student at Amherst Regional Junior High School in the 1980s. After spending four summers in high school with French host families, I fell in love with the French language, people, culture, and FOOD! I studied some French while doing my BA at Brown University and worked as a TA to the French department before serving as a Fulbright Teaching Scholar in Saint-Omer, France in 1996-97. My MEd is from Harvard Graduate School of Education. I had the occasion to return to France in 2005-6, when I lived in Strasbourg, taught English at the ENA, and studied French literature. In 2018, I became a National Board Certified Teacher. In 2019, I was chosen to be Massachusetts Foreign Language Association's Teacher of the Year and the Northeast Conference on the Teaching of Foreign Language's Teacher of the Year. In 2020, I was chosen as National Language Teacher of the Year by ACTFL. I am a parent to two school-aged children with whom my husband and I speak exclusively in non-native French. 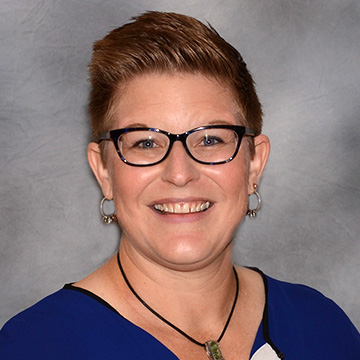 Dr. Janine Theiler supports world and heritage language teachers in Lincoln Public Schools (NE) with the design, improvement, and implementation of curriculum to advance the program mission of “preparing all learners to thrive in a multilingual and interconnected society through the development of communicative language skills, intercultural proficiency, and ability to reflect on diverse perspectives.” She has served in the educational sector in several capacities; as a classroom Spanish teacher at the middle and high school level, as a research assistant and program coordinator at the post-secondary level, as a state-level expert on world language curriculum and educator effectiveness, and now as a district-level world language curriculum coordinator. Her greatest professional joy is situated in ensuring that every K-12 student interested in learning another language be given that opportunity and that every learner who walks through the classroom door be supported in a way that guarantees a successful communicative language learning experience. 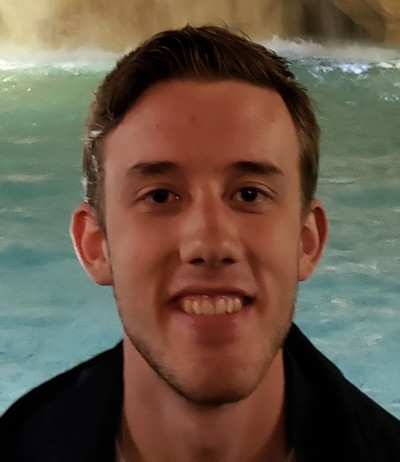 Bryce Sweeney is a senior at the University of Nebraska at Lincoln (UNL) where he majored in Secondary Spanish Education.  It was during his high school years that his fascination with foreign language, particularly Spanish, began.  After participating in his local high school’s phenomenal Spanish program, spending some of his study halls teaching a recently-arrived El Salvadorean student English, and hearing stories of his grandpa’s travels to Central and South America, his sights became set on continuing his Spanish studies in college.  This interest, paired with his family’s history in the field of education, led him to pursue a degree in secondary education and an endorsement in Spanish. After his first year and a half at UNL, he made the decision to further his language skills and cultural knowledge of his second language by studying abroad for a semester in Salamanca, Spain, and taking classes with local Spanish students at the prestigious 800-year-old Universidad de Salamanca.  It was during his time abroad that his interest in another language, Portuguese, also developed; a language he hopes to pursue later on in his post-undergraduate career, whenever that may be.  He completed his student teaching experience at Northwest High School in Grand Island, Nebraska, and is looking forward to his first high school Spanish teaching job in the rural Nebraska town of Minden. Dahlia Aguilar brings to her role as Mundo Verde’s founding principal and Chief School Officer now, over 20 years of school leadership and instructional experience in bilingual elementary and high school education. She has worked for over ten years to strengthen the practice of teachers and leaders in public and public charter schools with multicultural and multilingual student bodies. Dahlia’s teaching career began in 1993 in early childhood development and early elementary programs where she taught pre-kindergarten and kindergarten in both bilingual immersion and English as a second language program in District of Columbia public schools. As well she taught high school English to 9th graders in Texas at an alternative school for youth displaced from school and/or engaged with the criminal justice system. Dahlia turned her interest toward school launching and teacher development as the Director of Teaching and Learning for the National Council of La Raza, now Unidos US, where, among other things, she designed professional development for educators serving Latino student populations nationally. Dahlia is an alumna of Teach for America and a former New Leaders for New Schools Fellow/Principal Resident. She earned her B.A. in English from Georgetown University, her M.A. in secondary education from Texas A&M University, and her M.S. in educational leadership from Trinity University. Dahlia is fluent in Spanish. Dahlia lives in Washington, D.C., is a member of Mundo Verde's founding board and has a Mundo Verde graduate at DC International school.