We return to our series about individual K-12 school subjects with Visual Arts, or Art Class, or whatever each individual school might label a regularly-scheduled session with an art teacher. Why is this is a school subject at all? Is this subject as important or more important than other subjects because of its use of project-based learning, collaboration, experimentation, completion, exhibition, and other topics that are now becoming tools for the entire school? Is it possible, and is it helpful to learn creative thinking and creative skills? Can they be taught? Acknowledging the help of Mario Rossaro, Executive Director of National Art Education Association (NAEA), we welcome James Rolling, NAEA President and Chair of Arts Education at Syracuse University; Krissy Ponden, Visual Arts Department Chair at The Unquowa School in Fairfield, Connecticut, Tara "Trinity" Villanueva, Founder of the mixt collective, and Andrew Watson, Fine Arts Instructional Specialist for the Alexandria City Public Schools. 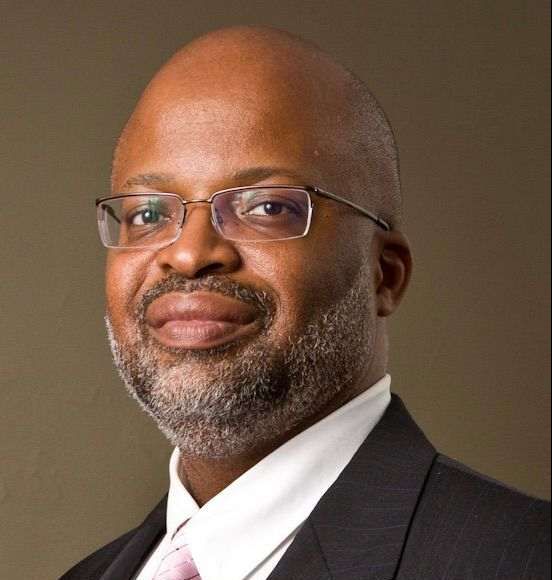 James Haywood Rolling, Jr. is Dual Professor of Arts Education and Teaching & Leadership in the Syracuse University’s College of Visual & Performing Arts (VPA) and School of Education, and he has served as Chair of the university’s Arts Education programs since 2007. Rolling is also an affiliated faculty member in African American Studies. From 2018 to 2020, Rolling was appointed to serve as the inaugural Director of Diversity, Equity, and Inclusion for VPA. Dr. Rolling began his elected term of office as the 37th President of the National Art Education Association (NAEA) in March 2021. At the start of 2021, Dr. Rolling also added two other new roles to the gauntlet of creative leadership responsibilities he is honored to wear—as the new Co-Director of The Lender Center for Social Justice at Syracuse University, and as a new member of the Board of Trustees at the Everson Museum of Art. Over the past two years, Dr. Rolling has championed the cause of achieving greater diversity throughout the visual arts fields as the inaugural Chair of the NAEA Equity, Diversity, and Inclusion Commission, overseeing the dedicated work of 11 commissioners from around the nation representing various arts and museum education-related fields. Dr. Rolling’s initial service on the Board of Directors of NAEA was as the association’s Higher Education Division Director from 2011-2013. Rolling’s record of professional contributions is highlighted by his recognition as the 2014 recipient of the National Higher Education Art Educator Award for outstanding service and achievement of national significance; his work from 2015-2017 as Senior Editor of Art Education, a bi-monthly research journal for arts education practitioners; and his induction as part of the 2017 class of NAEA Distinguished Fellows in recognition of a career of exemplary accomplishment in research, scholarship, teaching, and leadership in the field.

Rolling is the author of Swarm Intelligence: What Nature Teaches Us About Shaping Creative Leadership, a surprising look at the social origins of creativity (Palgrave Macmillan); the Arts-based Research Primer (Peter Lang); Cinderella Story: A Scholarly Sketchbook About Race, Identity, Barack Obama, the Human Spirit, and Other Stuff That Matters (AltaMira Press) and Come Look With Me: Discovering African American Art for Children (Charlesbridge); in addition to more than 35 peer-reviewed articles and commentaries, fourteen book chapters, and five encyclopedia entries on the subjects of the arts, education, creativity, and human identity. In 2020, Rolling published Growing Up Ugly: Memoirs of a Black Boy Daydreaming (Simple Word Publications), an inspirational coming-of-age narrative tracing his emergence as a painfully shy child raised in a struggling inner-city New York neighborhood who learned to rewrite the trajectory of his life story through the development of his own creative superpowers. Krissy Ponden is the Visual Arts Department Chair at The Unquowa School in Fairfield, Connecticut, where she has taught Upper School for the past 16 years. She is also the Co-Chair of the Unquowa Inclusion, Diversity, Equity, and Antiracism Committee (IDEA). Krissy holds a BFA in Graphic Design from Paier College of Art and an M.A.Ed. in Art Education from the University of Nebraska, Kearney, where her thesis focused on social justice art education. She is also a 2019 graduate of the National Art Education Association's School for Art Leaders and is the Middle Division Commissioner of NAEA's inaugural Equity, Diversity and Inclusion Commission.  Krissy has given workshops, presentations, and participated in panel discussions on equity and antiracism for a variety of organizations, and she was chosen as NAEA’s Monthly Mentor for June 2020, where she blogged about her experience embedding social justice into her visual arts curriculum.  Krissy was recently selected as the 2021 Independent School Art Educator of the Year by the ISAE Interest Group of NAEA. 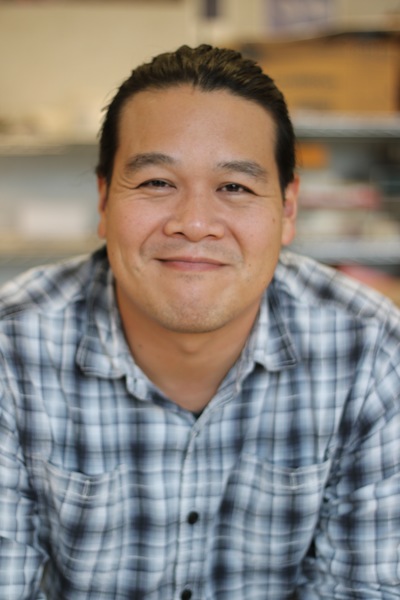 Ray Yang: "I am an artist, educator, curator, and consultant who believes that arts education is essential to learning and growing. The arts are more than an opportunity to express our creativity; they build and strengthen essential cognitive skills and support learning regardless of the subject area or setting. They are a means for communication, advocacy, and processing of challenging topics and emotions. They can clarify and elucidate complex concepts and make them accessible to more audiences. Providing these opportunities is something I am passionate about and part of my core beliefs. A native New Yorker who has arrived in the Pacific-Northwest via Chicago, I have over 20 years of experience in museums, non-profits, and schools, in areas such as: Curriculum and Instruction, Classroom Teaching, Strategic Planning, Diversity, Equity, and Inclusion Work, Informal Learning Environments, Assessment and Evaluation, Youth Programming, Graphic Design and Illustration. 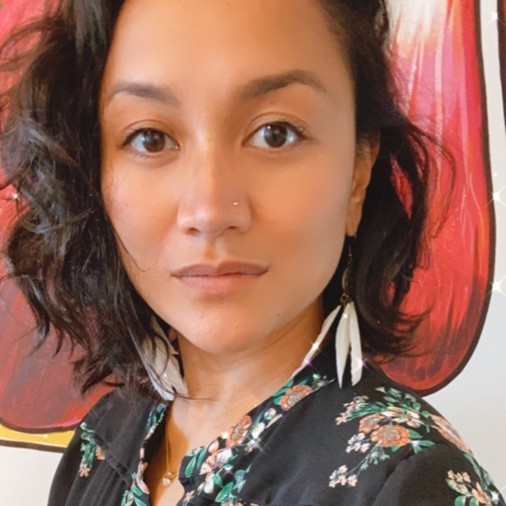 Tara "Trinity" Villanueva is the Founder. mixt collective. Tara “Trinity” Villanueva (she/ella): Elevates her mixed identity as a versatile artist and advocates for racial equity, accessibility, and belonging in the arts. She transforms on the daily and is all about dismantling/ decentering ________ (fill in the blank with some form of hierarchical structure that oppresses the global majority). She is a storyteller: an award-winning classical pianist, songwriter, a Polynesian dancer, a bilingual television show host garnering them an Emmy win, a Broadway singer/actress, and a visual artist. Trinity grew up on the stolen lands of the Lenape aka Jersey and now works/ resides on the stolen lands of the Anacostans aka DC. Her innate abilities in networking and trends leveraged a start-up company turned multi-million dollar boutique agency early on in her career. Her career evolved out of corporate and to the nonprofit world as she worked within her passions - the power of storytelling. Trinity became the founding Arts Integration + Culture Department head at the nation’s adult charter school model Carlos Rosario International which serves and empowers immigrant, transgender, and African American Native Washingtonians. Her ability to create dynamic and strategic partnerships has elevated and mobilized marginalized folx. She is scheduled to begin her term as Supervision + Administration Division Director-Elect for the National Art Education Association's Board of Directors in March 2021 during her transition into Past President for Art Education District of Columbia. More recently, Trinity finds comfort in entrepreneurship as she is currently building on a thought partnership in a grassroots arts collaborative Mixt Collective creating a safe and empowering space for artists without a defined affinity group. Trinity is a multi-instrumentalist, songwriter and vocalist in the DC hip-hop band Shining Blade Theory that has released two EPs, pulling from her original band the Tara Trinity Project performing at Howard Theatre and all around DC. She more recently has provoked muralism as a connecter to create brown and black coalitions, while painting large-scaled murals herself. Trinity educates on NHPI cultural appropriation, spins Māori poi and fire poi. She writes on topics that speak to her, underlying anti-racism, and is soon to be publishing a memoir. Trinity is an alumna of the Jacobs School of Music, Trinity College Dublin, National Arts Strategies/the University of Pennsylvania, and NAEA’s School for Art Leaders. She lives in Petworth with her gift from the universe- her son Kai. 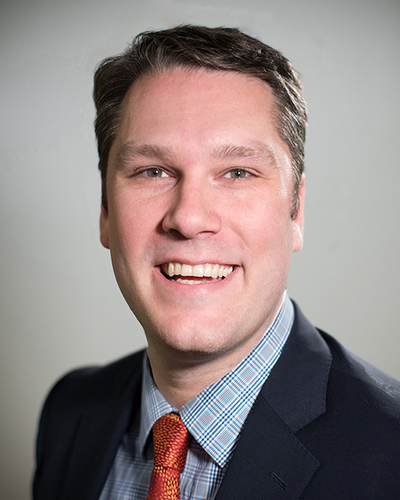 Andrew D. Watson, the recipient of the 2015 Art Education Technology Outstanding Teacher Award from the National Art Education Association, is a leading arts educator. As the Fine Arts Instructional Specialist for the Alexandria City Public Schools, he supervises the curriculum and professional development of the ACPS Art, Music, and Theatre teachers. Andrew regularly writes and speaks on issues involving Design Thinking, Arts Integration, Creative Careers, and STEAM education. He is a founding member of the Board of Directors for the Innovation Collaborative, the Fine Arts Steering Committee of the Virginia Department of Education, and previously served on advisory boards to the National Art Honor Society, the Smithsonian Institute’s National Portrait Gallery, Congressional STEAM Caucus, and the Kennedy Center for the Performing Arts.

Howard Blumenthal created and produced the PBS television series, Where in the World Is Carmen Sandiego? He is currently a Senior Scholar at The University of Pennsylvania, studying learning and the lives of 21st-century children and teenagers. He travels the world, visiting K-12 schools, lecturing at universities, and interviewing young people for Kids on Earth, a global platform containing nearly 1,000 interview segments from Kentucky, Brazil, Sweden, India, and many other countries. Previously, he was a nationally syndicated newspaper columnist for The New York Times Syndicate, and United Features. He is the author of 24 books and several hundred articles about technology, learning, business, and human progress. As an executive, Howard was the CEO of a public television operation and several television production companies, and a state government official. Previously, he was a Senior Vice President for divisions of two large media companies, Hearst and Bertelsmann, and a consultant or project lead for Energizer, General Electric, American Express, CompuServe, Warner Communications, Merriam-Webster, Atari, and other companies.