1
On Thursday, May 14 at 4:00 pm US-EDT, we recorded the fourth LIVE episode of the new LearningRevolution.com weekly interview series, REINVENTING SCHOOL. We are beginning to move toward a regular release schedule: LIVE on Thursdays, edit the video over the weekend to post by Monday, podcast a day or two later.
This week, our topic is the employment of teachers and support staff, and the potential for fewer adults per school building. In the U.S., this is a particularly threatening situation because it builds upon decades of unequal treatment, but the size and depth of the global economic catastrophe provide the necessary ingredients for a long-time nightmare. Then again, this is a time of great opportunity to revise, rethink, and reconsider the best uses of available resources, both locally and globally. As with every episode, there is a larger meta layer--in this case, why the jobs exist in the first place, and whether we are providing nearly 2 billion children and teenagers with the best solutions to the problem of learning.
Host Howard Blumenthal welcomes Diane Ravitch, New York University Research Professor in the Dept. of Education, author of 12 books including the recent Slaying Goliath: The Passionate Resistance to Privatization and the Danger to Our Public Schools; Cindy Cisneros, Vice President of Education Programs at the Committee for Economic Development at The Conference Board; and Gavin Dykes, from England, Managing Director of Cellcove, Ltd. and the Chair and Co-Founder of Education Fast Forward (EFF), which brings together leading global experts and change agents from the world of education. As always, we will be joined by two students from the U.S. and elsewhere.
Please join us on Thursdays for the live recording, or visit www.reinventing.school for the recorded versions.
More about this week's guests: Dr. Diane Ravitch is a Research Professor of Education at New York University and a historian of education. She is the Founder and President of the Network for Public Education (NPE). Her blog is dianeravitch.net and has received more than 36 million hits. Her extensive background in education and public policy includes a role as Assistant Secretary of Education and Counselor to Secretary of Education Lamar Alexander under George H.W. Bush. She was responsible for the Office of Educational Research and Improvement in the U.S. Department of Education. As Assistant Secretary, she led the federal effort to promote the creation of voluntary state and national academic standards. From 1997 to 2004, she was a member of the National Assessment Governing Board, which oversees the National Assessment of Educational Progress, the federal testing program. She was appointed by the Clinton administration’s Secretary of Education Richard Riley in 1997 and reappointed by him in 2001. From 1995 until 2005, she held the Brown Chair in Education Studies at the Brookings Institution and edited Brookings Papers on Education Policy. A leading advocate of conservative ideas for fixing America’s education system, including charter schools, standards, accountability, and high-stakes standardized testing, she began to realize that these policies were not working in 2006-2007. She began to criticize them and to criticize the federal law called “No child left behind.” with the publication of the death and life of the great American school system: how testing and choice are undermining education, she became one of the most outspoken critics of ideas she once championed. 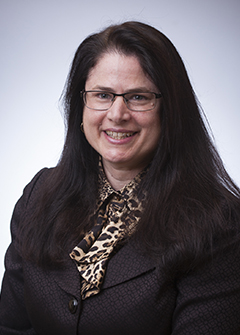 Cindy Cisneros is Vice President, Education Programs at the Committee for Economic Development (CED). She is responsible for leading the portfolio of education work, which includes early childhood education, K-12, postsecondary, and workforce development. Ms. Cisneros most recently served as Director of Member Practice at Public Education Network (PEN). In this position, she led strategies for improving the capacity of member local education funds across the country to affect policy change, engage the public, and ensure that all children, especially underserved populations, graduate ready for college and career. Prior to her work at PEN, Ms. Cisneros was a Principal Research Analyst at the American Institutes for Research (AIR). Her projects at AIR involved leading state technical assistance support and implementation for college and career readiness, including as Director of Stakeholder Engagement for the National High School Center. Before joining AIR, Ms. Cisneros worked as a Senior Research Associate at the Education and Development Center. Her primary responsibilities were to evaluate school district math and science program quality and the role of teacher leaders and to provide technical assistance to urban school districts on administrative leadership practices. Ms. Cisneros received her BA in political science and economics from the University of California, Berkeley, and holds an MPA from the John F. Kennedy School of Government at Harvard University. 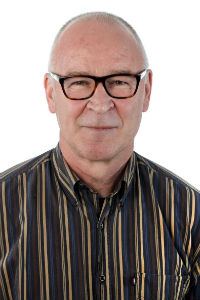 Gavin Dykes is a Director of the Education World Forum and the Asian Summit on Education and Skills. These are annual meetings for ministers of education and government policymakers. Gavin’s responsibilities include setting the themes for developing the agenda and negotiating the program. In January 2019, 93 Ministers attended the Education World Forum, and more than 100 countries were represented. Gavin is co-founder and chair of Education Fast Forward’s debates. He also serves on Advisory Boards for Ed-Tech organisations including the University of the People and BoClips and is an advisor to the “Educate – Better Edtech Better Learning” Project in London and Lumiar Schools in Brazil. He has worked in consultancy and advisory roles for the OECD, UNESCO, the World Bank, and for governments, agencies and foundations in countries from Ireland to India, and from Jordan to the US.