0
On Thursday, January 28, at 4:00 pm US-EDT with a new episode of Reinventing School on Learning Revolution.

This time, the subject is math, a subject that absorbs 10-15% of teacher budgets, student time, and curricular attention. Everywhere. All over the world. A K-12 student devotes about 15,000 hours to their schooling--and at least 1,500 of those hours are devoted to mathematics. Is that enough? Too much? Enough, but we're doing some things wrong? Not enough, but everyone must learn x, y, and z where x= (okay, enough of that for the moment). This will be the first of two or several episodes. This time, we're joined by Megan Burton, President-Elect of the Association of Mathematics Teacher Educators. She’s an Associate Professor at Auburn University’s College of Education. Our other guest will be John Ewing, Executive Director of MƒA, or Math for America. 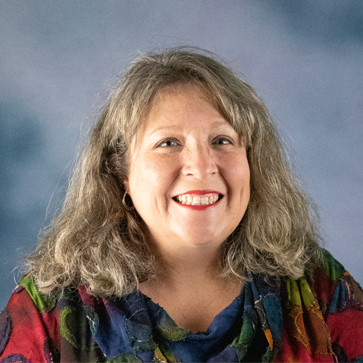 Megan Burton, associate professor of elementary education in the College of Education’s Department of Curriculum and Teaching, has been named president-elect of the Association of Mathematics Teacher Educators. Burton began her career teaching elementary students for 10 years, before becoming a professor. This experience guides her research and teaching. She has been at Auburn since 2012. Dr. Burton’s research interests focus on inclusion, teacher identities, and STEM education. She works with her elementary colleagues to offer a STEM camp for approximately 170 elementary age children every summer. Unfortunately, this summer the camp is canceled, due to COVID-19 concerns, but she looks forward to summer 2021. In addition to the above, Burton has experience teaching STEM curriculum internationally to elementary-age students. The Association of Mathematics Teacher Educators is the country’s largest professional organization devoted to the improvement of mathematics teacher education. AMTE includes more than 1,000 members devoted to the preservice education and professional development of K-12 teachers of mathematics. John Ewing earned his Ph.D. in mathematics from Brown University in 1971. From 1973-1995, he was a mathematics faculty member at Indiana University; while there, he served two terms as Chair of the department. He has held visiting positions at Dartmouth College, the University of Virginia, Newcastle University (England), and Goettingen University (Germany). John earned his B.S. degree from St. Lawrence University, which also awarded him an honorary degree. From 1995-2009, John was Executive Director of the American Mathematical Society. In 2009, he became President of Math for America (MfA), a nonprofit organization founded in 2004 by American billionaire mathematician/philanthropist Jim Simons. Simon's goal was to promote the recruitment and retention of high-quality mathematics teachers in New York City secondary schools. Thanks to Simons, U.S. Senator Chuck Schumer, and Professor Ewing, MfA is now thriving in other parts of the United States including offices in San Diego and Los Angeles.