0
(Part 1 was Episode 25:Education Decisions at the State Level)
On Thursday, December 3 at 4:00 pm US-EDT, we present the 31st LIVE episode of the new LearningRevolution.com weekly interview series, REINVENTING SCHOOL. When we produced Episode 25 (below), we found state leadership to be remarkably forward-thinking and open-minded about school, so we continue today with a similar discussion. We continue today. This was intriguing because so much of what teachers and school districts discuss are the requirements of the state.  Time to look at several other states, and so this week, we visit with leadership from Kansas, Vermont and Maine. 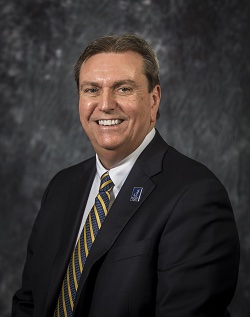 Dr. Randy Watson was named Commissioner of Education by the Kansas State Board of Education in November 2014, while he was still serving as Superintendent of McPherson schools, USD 418. During his tenure with the Kansas State Department of Education, Dr. Watson has rapidly become known for his visionary leadership to position Kansas as an innovator in rethinking a century-old school model. The Kansans Can vision to lead the world in the success of each student continues to drive the work of the Kansas State Board and the state education agency. Among the forward-thinking initiatives are balancing the emphasis between academic test scores and the characteristics Kansans identified as ensuring student success. Dr. Watson was instrumental in introducing statewide outcomes for social-emotional growth, kindergarten readiness, individual plans of study, graduation attainment, and post-secondary success. Commissioner Watson has been recognized nationally for guiding student-focused, personalized learning through the Kansans Can School Redesign Project, which fuels the State Board’s vision for education. Five cohorts of systems are currently engaged in the redesign process to tailor instruction to students’ strengths, needs, and interests. Dr. Watson is a lifelong Kansan who was raised in Coffeyville and went on to earn bachelor’s and master’s degrees from Kansas State University. He received his doctorate of education in secondary administration, school law, curriculum development, and instructional leadership, and district level certification also from K-State. He was named a Kansas State Education Alumni Fellow in 2002. Among his many other honors and recognitions as Kansas Superintendent of the Year (2015) and Outstanding Service Award recipient from the United School Administrators of Kansas (2020). His long-time career in education spans nearly every level of the field, all while serving Kansas students - first as a teacher and coach, followed by administrative positions as principal and superintendent, and as part-time faculty for higher education. As Commissioner, he has personally visited each of the state’s 286 school districts and continues to speak with educators, staff, and students regularly throughout the year. 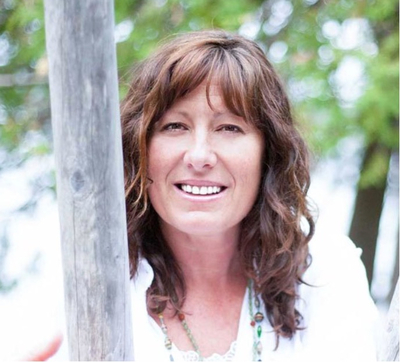 Across her more than 20-year career, Pender Makin has devoted herself to the mission of public education. From 1997 to 2003, she served as a classroom teacher at Fred C. Wescott Junior High School in Westbrook. She went on to become principal at The REAL (Regional Education Alternative Learning) School on Mackworth Island in Falmouth, a position she held for more than a decade from 2003 to 2015. As principal at The REAL School – an alternative and service-based high school for students who have struggled in traditional school settings – Makin and her team supported high-risk students from 28 sending school districts through innovative academic and experiential programming. Since 2015, Makin has served as the Assistant Superintendent of the Brunswick School Department. Makin has served on Maine's Juvenile Justice Advisory Group since 2014. She is also a co-founder of Collaborative for Perpetual Innovation, a professional development, technical assistance, and consulting company for educators, school and district leaders, and counselors. Makin has served on a number of legislative workgroups and committees seeking to improve educational opportunities for Maine's students and to promote the work of Maine public schools. She also provides training for educators and mental health professionals and speaks at state and national conferences on topics such as restorative justice, cognitive neuroscience, dropout prevention, organizational culture, and climate. Makin was named the 2013-2014 Maine Principal of the Year by the Maine Principal’s Association and has also received the Milken Educator Award, a national distinction bestowed upon educators for exceptional educational talent, exemplary educational accomplishments, and an engaging and inspiring presence that motivates and impacts students. Makin has also won the MTV Local Hero Award. Makin is charged with leading the state agency that administers both state education subsidy and state and federal grant programs; coordinates the authoring of the rules for Maine State education statutes passed by the Maine State Legislature; provides professional development, information, supports, and resources, as well as a system for educator credentialing; and leads many collaborative opportunities and partnerships in support of local schools and districts. Makin grew up in Saco, attended local schools, and graduated from Thornton Academy. She worked as a mate and deckhand on her father's deep-sea fishing charter boat during the summers beginning at age eight. She earned both her B.A. in English Literature and her M.S. in School Leadership from the University of Southern Maine and received her teacher certification from the University of New England’s Department of Education in 1996. She lives in Scarborough with her husband, Mike – a middle school science teacher – and their two rescue dogs. 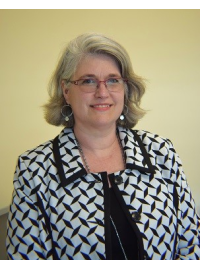 Deputy Secretary Heather Bouchey oversees all programmatic Divisions within the Agency of Education including Data Management and Analysis, Education Quality, Federal Education Support Programs, Student Pathways, and Student Support Services. She earned her Bachelor of Science at Cornell University and Ph.D. at the University of Denver, with postdoctoral training at the University of Michigan. Deputy Secretary Bouchey has published extensively in the fields of education and psychology. The aspects of her work she loves most include both team development and collaborative problem-solving, as well as bringing data to bear on policy solutions. Having come from humble economic roots, Deputy Secretary Bouchey is deeply committed to ensuring that all students have access to meaningful educational opportunities that improve their chances for life success. Her postsecondary experiences as a first-generation college student profoundly shaped her identity and professional interests.