On Thursday, July 29 at 4:00 pm US-EDT, we present the thirteenth LIVE episode of the new LearningRevolution.com weekly interview series, REINVENTING SCHOOL. If you miss the LIVE show, we post the edited version here by Monday over the weekend.

This week, REINVENTING SCHOOL looks at the connection between friendship, learning, school, and education. In the U.S., and in many other countries, questions about opening schools during the pandemic include concerns about social interaction between students. In short, how is it possible to make new friends if you're not interacting with new people? We'll learn more about the study of friendship from four professional guests: Lydia Denworth, Contributing Editor of Scientific American and author of the book, Friendship: The Evolution, Biology and Extraordinary Power of Life's Fundamental Bond. Dr. Caroline Fenkel, Executive Director at Newport Health, which provides teens with the guidance, support, and education to build strong relationships, learn and practice healthy coping skills, grow their personal self-worth, and reestablish trust and communication with themselves and their loved ones. Dr. Lyle Ungar, a multi-disciplinary scholar, and researcher whose technology interests include friendship. Dr. Caroline Connolly has enjoyed a lengthy research interest in the study of friendship, first with Trinity College in Dublin, Ireland, now at The University of Pennsylvania's Psychology Department. 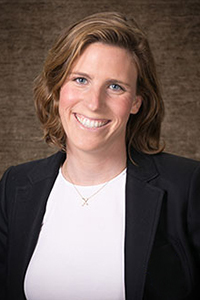 Dr. Caroline Fenkel’s passion lies in helping heal adolescents through the use of experiential therapy, group therapy, and animal-assisted therapy. Her career began with her love for horses: She majored in equine studies and minored in psychology at Delaware Valley University, then completed her master’s degree in social work at Bryn Mawr College. From there, she combined these two focuses through practicing equine-assisted therapy and other forms of experiential therapy, including Relational Trauma Repair and adventure therapy. Caroline has worked with adolescents and young adults at all levels of care, including outpatient and residential, at numerous national programs, including Rehab After School, Adolescent Advocates, Mirmont Treatment Center, Brightwater Landing, and Newport Academy. Caroline recently earned her doctorate in clinical social work from the University of Pennsylvania.  She is often assisted by her therapy dog, Graham. Lydia Denworth: "Pulled by my interest in health and the environment, I felt compelled to dig into science. It mattered. And it affected me and my family. I find the work deeply engaging. I’ve visited brain imaging labs and baboon troops in Kenya, and I’ve written about everything from Alzheimer’s to zebrafish. When I don’t understand what scientists are telling me, I keep asking questions. Then I strive to explain their work in ways that my pre-science writing self, and a broader audience, can understand. I am now a contributing editor for Scientific American and I write the Brain Waves blog for Psychology Today. My work has also appeared in The Atlantic, Newsweek, The New York Times, The Wall Street Journal, Time, Spectrum and many other publications. I’m the author of three books of popular science. Toxic Truth told the story of how a scientist and a doctor risked their careers and reputations to sound alarm bells about how lead was contaminating our environment and endangering children. I Can Hear You Whisper is the story of my investigation into hearing, sound, brain plasticity and Deaf culture after I learned my youngest son couldn’t hear. And now I’ve written Friendship: The Evolution, Biology, and Extraordinary Power of Life’s Fundamental Bond. Working on the book has revitalized my appreciation for friendship and quality relationships and I hope it will do the same for you. I’m honored that the book was supported by the Alfred P. Sloan Foundation. A native of Philadelphia and graduate of Princeton, I moved to Brooklyn right out of college and have considered it home ever since even though I have also lived in France, London and Hong Kong." Dr. Lyle Ungar is a Professor of Computer and Information Science at the University of Pennsylvania. He received a B.S. from Stanford University and a Ph.D. from MIT. Dr. Ungar directed Penn's Executive Masters of Technology Management (EMTM) Program for a decade and served as Associate Director of the Penn Center for BioInformatics (PCBI). He has published over 250 articles and holds ten patents. His current research focuses on statistical natural language processing, deep learning, and the use of social media to understand the psychology of individuals and communities. Lyle has consulted for companies ranging from start-ups to Fortune 500 companies on the strategic use of information technology in areas including data mining, business process automation, online auction design, and chatbots. The University of Pennsylvania research group develops explainable machine learning, deep learning, and natural language processing methods for psychology and medical research. Applications include the analysis of social media language and cell phone sensor data to better understand the drivers of physical and mental well-being. We, for example, are trying to better measure and understand empathy, stress, life satisfaction and friendship. His many appointments include bioengineering, computer and information science, genomics and computational biology (in the School of Medicine), Operations / Information / Decisions (in the Wharton School), and Psychology.
Caroline Connolly is the Associate Director of Undergraduate Studies in the Department of Psychology at the University of Pennsylvania. Dr. Connolly invests her efforts in undergraduate education and advising. She completed her Ph.D. from Trinity College Dublin investigating adult cross-sex friendship and currently teaches psychology courses concerning Social, Positive, and Developmental Psychology at the University of Pennsylvania. In Fall 2020, she will be teaching Friendship and Attraction as well as Positive Education.