On Thursday, July 9 at 4:00 pm US-EDT, we present the tenth LIVE episode of the new LearningRevolution.com weekly interview series, REINVENTING SCHOOL. If you miss the LIVE show, we post the edited version here by Monday over the weekend.

This week, REINVENTING SCHOOL has fun. Our topic is one of the most important aspects of growing up--playing with friends, playing with peers, playing with family members, making new friends through play, learning through play. Three professional guests will join two students. Becky Wolfe is the Director of School Programs and Educational Resources for The Children's Museum of Indianapolis. Stephen Nachmanovitch, Ph.D. first caught our attention some 20 years ago with a terrific book entitled Free Play. Lenore Skenazy is the President of Let Grow and the founder of the Free-Range Kids movement. 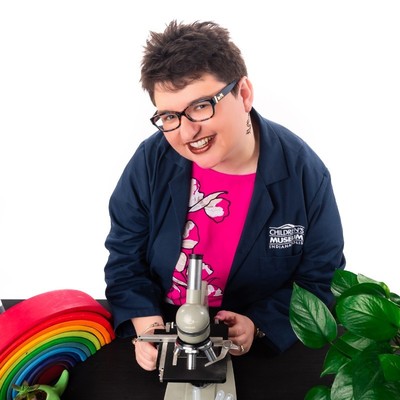 Becky Wolfe started her career as a fifth-grade teacher. Thirteen years ago, she joined the staff of The Children’s Museum of Indianapolis, working her way up to Director of School Programs and Educational Resources. She's an expert in combining education with fun, but her lighter side is well-supported with serious work in science education, skilled inquiry-based learning, curriculum development, museum education, and volunteer management. The Children’s Museum of Indianapolis is to create extraordinary learning experiences across the arts, sciences, and humanities that have the power to transform the lives of children and families. With 472,900 square feet and five floors of family learning in addition to 7.5-acre outdoor Riley Children’s Health Sports Legends Experience, The Children’s Museum of Indianapolis is the world’s biggest and best children’s museum. Becky earned her Master's Degree in Science Education at the University of Louisville. Stephen Nachmanovitch performs and teaches internationally as an improvisational violinist, and at the intersections of music, dance, theater, and multimedia arts. He is the author of Free Play (Penguin, 1990) and The Art of Is (New World Library, 2019). Born in 1950, he graduated in 1971 from Harvard and in 1975 from the University of California, where he earned a Ph.D. in the History of Consciousness for an exploration of William Blake. His mentor was the anthropologist and philosopher Gregory Bateson. He has taught and lectured widely in the United States and abroad on creativity and the spiritual underpinnings of art. In the 1970s he was a pioneer in free improvisation on violin, viola and electric violin. He has presented masterclasses and workshops at many conservatories and universities and has had numerous appearances on radio, television, and at music and theater festivals. He has collaborated with other artists in media including music, dance, theater, and film, and has developed programs melding art, music, literature, and computer technology. He has published articles in a variety of fields since 1966 and has created computer software including The World Music Menu and Visual Music Tone Painter. He lives with his family in Charlottesville, Virginia. He is currently performing, recording, teaching, and writing. 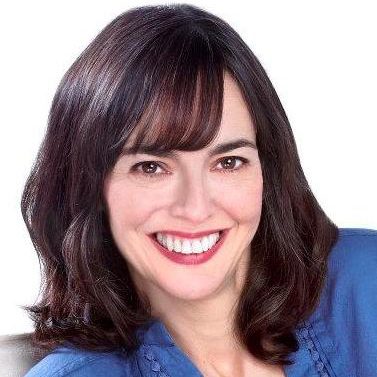 Lenore Skenazy spent 14 years at The New York Daily News as a reporter-turned-opinion columnist, and two more at The New York Sun. In 2008, after her column "Why I Let My 9-Year-Old Ride the Subway Alone" landed her on every talk show from The Today Show to Dr. Phil, Lenore founded the book and blog “Free-Range Kids.” These launched the anti-helicopter parenting movement and garnered her the nickname, “America’s Worst Mom.” She got a promotion of sorts when Discovery Life tapped her to host the reality TV show, World’s Worst Mom. Lenore has lectured internationally from Microsoft to DreamWorks to the Sydney Opera House, and been profiled everywhere from The New York Times to The New Yorker. (She was even on The Daily Show!) Over the years, she has written for everyone from The Wall Street Journal to Mad Magazine. Yes -- Mad. After 10 years of watching parents nod along as she described how our culture has force-fed them fear, her aim at Let Grow is to turn the agreement into action, making it easy and normal to give kids the same kind of freedom most of us had -- and loved. Lenore received her B.A. from Yale and her Master's Degree from Columbia. She lives in New York City with her husband and beloved computer. Her sons have (safely!) flown the coop.