0
(We recorded this episode today. We're currently preparing the video for on-demand access. It will be available here in a day or two.)
On Thursday, May 14 at 4:00 pm US-EDT, we record the second episode of the new LearningRevolution.com weekly interview series, REINVENTING.SCHOOL. Last week, the topic was public health and its impact on school schedules. This week, the topic is money--with the economic troubles brought on by the current pandemic, we want to understand how local and global economics intersects with the education of our children. For more about this subject, see our article about "School Bus Economics" about student transportation in the U.S. in the era of the virus.
Host Howard Blumenthal welcomes Andreas Scheicher, Director for Education and Skills, and a member of the OECD Senior Management Team in Paris, France; Donna Cooper, Executive Director of Public Citizens for Children and Youth in the U.S.; and Lisa D. Cook, Professor in the Department of Economics at Michigan State University; along with two students from Canada and one from England. Please join us for the live recording, or visit www.reinventing.school early next week to watch the recorded edition. More about this week's guests: 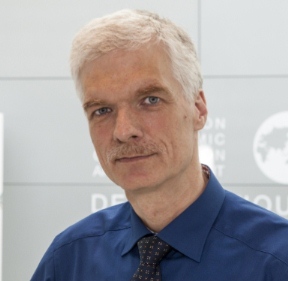 Andreas Schleicher is Director for Education and Skills, and Special Advisor on Education Policy to the Secretary-General at the Organisation for Economic Co-operation and Development (OECD) in Paris. As a key member of the OECD Senior Management team, Mr. Schleicher supports the Secretary-General’s strategy to produce analysis and policy advice that advances economic growth and social progress. He promotes the work of the Directorate for Education and Skills on a global stage and fosters co-operation both within and outside the OECD. In addition to policy and country reviews, the work of the Directorate includes the Programme for International Student Assessment (PISA), the OECD Survey of Adult Skills (PIAAC), the OECD Teaching and Learning International Survey (TALIS), and the development and analysis of benchmarks on the performance of education systems (INES). Before joining the OECD, Mr. Schleicher was Director for Analysis at the International Association for Educational Achievement (IEA). He studied Physics in Germany and received a degree in Mathematics and Statistics in Australia. He is the recipient of numerous honors and awards, including the “Theodor Heuss” prize, awarded in the name of the first president of the Federal Republic of Germany for “exemplary democratic engagement”.  He holds an honorary Professorship at the University of Heidelberg. Donna Cooper is the Executive Director of Public Citizens for Children and Youth (PCCY), the Greater Philadelphia region’s leading child advocacy organization that influences elected officials by combining useful research, practical solution-oriented policy recommendations with the mobilization of citizens who advance the organization’s work on behalf of children. Prior to PCCY, Cooper was a senior fellow at a respected national think tank, the Center for American Progress, where she led the Center’s research on early childhood education, public infrastructure and was a contributing researcher to the Center’s work to reduce the incidence of poverty. Cooper served as the Secretary of Policy and Planning for the Commonwealth of Pennsylvania from 2003–2010 where she was responsible for the state’s education, public supports, environmental and health care policy. While in that position, Cooper led the development of the state’s Cover All Kids program which expanded access to affordable health care to nearly every child in the state. Cooper also led the seven-year effort to boost funding for public education that increased K-12 funding by over $2 billion and designed the state’s groundbreaking school funding formula which was enacted in 2008. In that position, she also helped launch the state’s model approach to investments in early childhood education and increased funding to make college affordable for low income and working-class students while creating one of the nation’s best systems to ensure that community college students can easily transfer credits to four-year colleges.

Dr. Lisa D. Cook is a Professor in the Department of Economics and at James Madison College at Michigan State University. As a Marshall Scholar, she received a second B.A. from Oxford University in Philosophy, Politics, and Economics. Dr. Cook earned a Ph.D. in economics from the University of California, Berkeley. Among her current research interests are economic growth and development, financial institutions and markets, innovation, and economic history. As a Senior Economist at the President’s Council of Economic Advisers during the 2011-2012 academic year, Dr. Cook worked on the eurozone, financial instruments, innovation, and entrepreneurship. She is currently Director of the American Economic Association Summer Training Program.